A GoPro editor is software that would help you remake your videos to be appealing. Shooting videos is a breeze where the real work comes in when you have to edit the GoPro video clips that are also shareable on GoPro apps for PC. So, among the many features to look for in a GoPro video editor is the ability to support a large number of video formats. Other handy features to look for are stabilizing a shaky video, removing the fisheye effect, and denoising videos. Thus, to help you find the best GoPro video editor, this article has rounded up the best video editors in terms of respective devices.

Filmora is the software developed by Wondershare Technologies, one of the best apps to use when editing a GoPro video on a PC. It has many video editing features and hence is a suitable option as a GoPro video editor. With a straightforward, concise interface and surplus features like speed control functions, speed up or slow down, VFX with transitions, filters, titles, and motion elements, Filmora is the best choice. It offers you advanced ones like color correction and keyframing to create customized animations in elevating visual engagement. Luckily, Filmora has a free trial version and different price plans too.

Built for Mac, you can use iMovie to create Hollywood-style trailers from the massive 14 trailer templates with stunning graphics. Besides, it has other features that will let you make compelling movies as you can choose from its many themes with transitions and audio. You can add a solid, gradient, and patterned backgrounds to your video. You can also add sound effects and your narrations. iMovie works well as a GoPro video editor, and after editing clips, it is easily shareable via the iMovie app to other Apple devices. 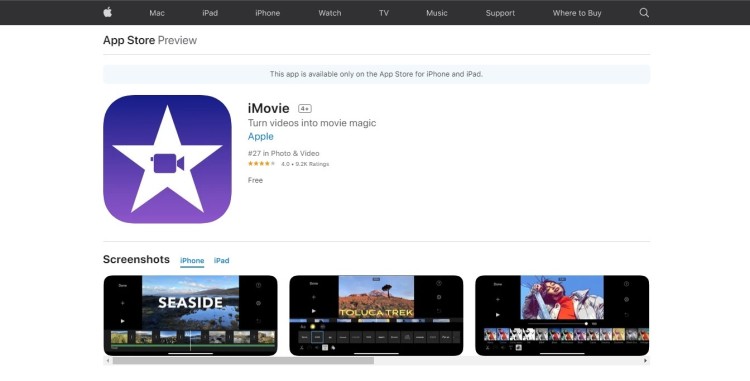 Quik is a dedicated GoPro video editor available on the Google Play store designed by GoPro. The app has features that make it one of the best GoPro video editors, where one such feature is Mural, a way to interact with your favorite moments and best edits on the GoPro app’s homepage. It is compatible with all HERO devices, and you can offload your latest HERO and 360 footage and preview them on your phone. The app offers pro-level edits with the GoPro look and game-changing effects.

Easily adjust settings such as start, stop and record all from the app. You can also easily change the horizon of videos to keep them level. Finally, the Quik by GoPro still stands out as one of the best GoPro video editing software as you can easily update your camera for new features and stay up to date, and the app offers cloud storage to back up and save your files. 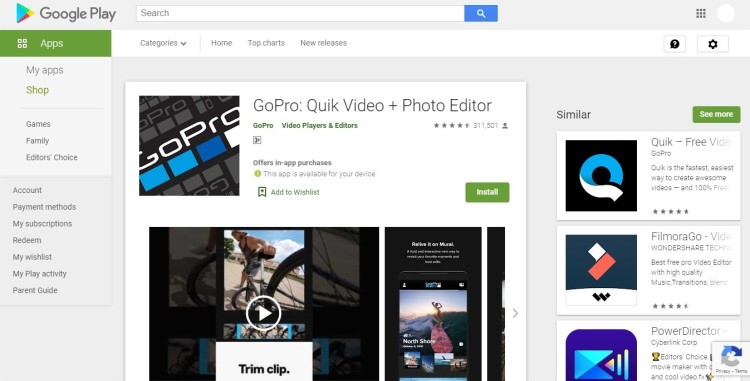 Edit on the go with a powerful video editor that has performance at par with a desktop video editor is what Splice gives you. It is an iOS app available on Apple’s App Store that can be a GoPro editor. You can create professional-looking videos with this video editor optimized for mobile devices.

Some of its impressive features include the ability to apply filters, adjust background colors and orientation. You can add title slides, text overlays, and custom outro. You can choose your transition style and even control the speed between transitions. Bring your photos and videos to life using this GoPro video editor with the pan and zoom effects. 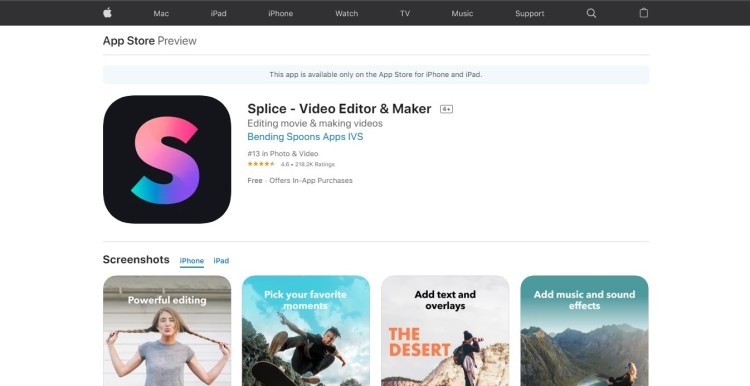 What is the specialty of the HERO7, HERO8, and HERO9 cameras of GoPro?

The HERO cameras derive their name from the reason that they aim to capture close-up action shots of the subject and make them look like the “Hero.” With developments in production, the specialty feature of the HERO7, HERO8, and HERO9 is video stabilization. It is the GoPro stick target capability with enhanced Hypersmooth function for first-rate video capturing. Other new features include the Live Stream and Time Wrap features.

How can I solve the GoPro HERO7 video upside down?

Most of the HERO cameras, like the HERO7, have the rotation feature on at all times. It tends to flip or rotate the camera when there is some movement to keep it in line with the recording level, either horizontally or vertically. The GoPro video upside-down outcome tends to put the video in at times an undesired orientation. To counter this, you can use the Landscape function. There are also a few options when it comes to using these features.

The GoPro cameras are some of the latest technology that is fun and has growing popularity. They are easy to operate and can be helpful in many different scenes. One of the key features they offer is video stabilization. Thus, when it comes to a widely sought-after solution to the GoPro HERO 7 video upside-down issue, we detailed how to resolve it above. However, if you are looking for a reliable GoPro video editor, be it for PC, Mac, Android, or iPhone, we also listed the best of the best for you.