Possible Ways to Use Picture in Picture Android!

The Picture in Picture mode allows you to watch a video in thumbnail size in the corner of your phone display while doing other things on the phone. It is known as Picture in Picture on Android in general or PiP in short. This mode helps accomplish both tasks together, simultaneously navigating between apps and browsing content on the main screen. You can enjoy both your football match clips on YouTube and scroll your Facebook account too. Amazing right? But how do you enable the Picture in Picture Android extension and apply it? It is not that difficult if you know the process to use Picture in Picture. Let’s begin to learn all the forms of Netflix and Chrome Picture in Picture in Android.

Part 1: What apps are compatible with PIP in Android?

Though this PiP is for Android, many of Google’s top apps support Picture in Picture, including Chrome, Google Maps, and YouTube. YouTube’s PiP mode requires you to subscribe to YouTube Premium, its ad-free platform. PiP mode works with the streaming service of YouTube TV.

The PiP compatible apps include:

1. How to enable PIP on Android apps?

To add the Picture in Picture in Android, find the PiP app and enable it. Please ensure your Android apps are up to date.

Step 1: Open Setting
Go to the Setting option and open it. Then tap on Apps & notifications. Go to Advanced Special app access. 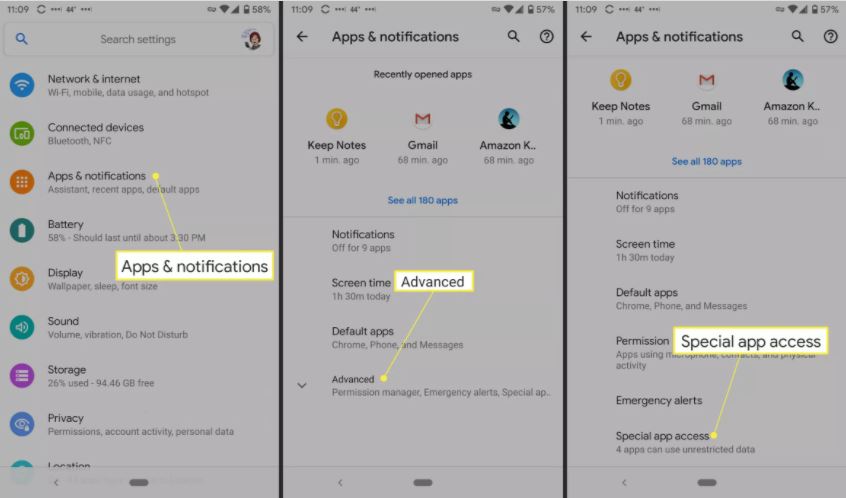 Step 2: Select Picture-in-Picture
From the list, choose an app. To enable PiP, click the Toggle button, and in Android settings, you need to turn on PiP for an app. 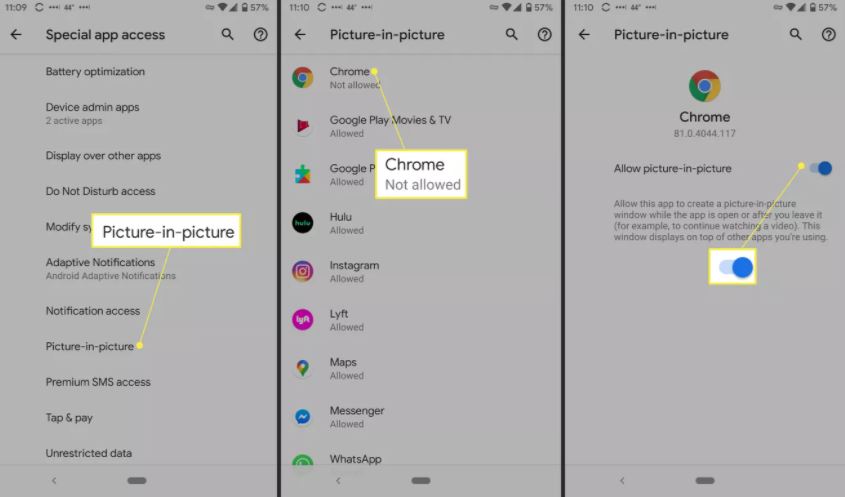 Step 2: Enable Netflix Picture in Picture
Lastly, after going to the next window, click Netflix and toggle on Allow picture-in-picture. 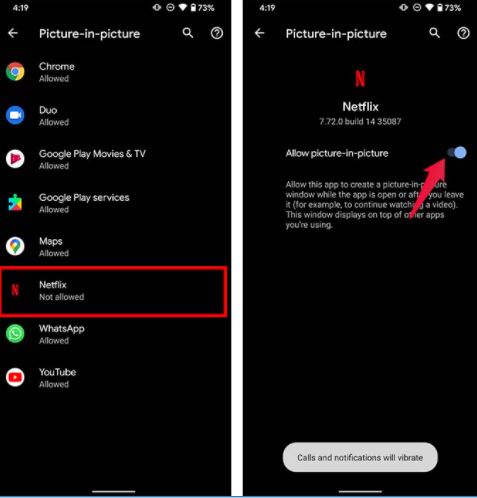 Note: While the movie is playing on Netflix, tap on the button and Netflix will switch to Picture in Picture mode.
3. Google Chrome picture in picture android

Picture-in-Picture on Android 9 is the latest to get updated with PiP and get the most decadent features. Google also updated Chrome to allow users to play videos in Chrome Picture in Picture Android. If you are in Android O, you can also test picture-in-picture on YouTube, VLC, Duo, and Google Play Movies.

How to use picture-in-picture with Google Chrome

Step 1: Launch Chrome and Select a Video
Launch the Chrome app on your device and find a video to watch and tap on the video to play in full-screen.
Step 2: Shrink Down in Size

In the video player, use the Android resize Picture in Picture by selecting the Home button. You can move it around your display with the Smaller player, play and pause the video, or tap on the headphones icon to play in the background. 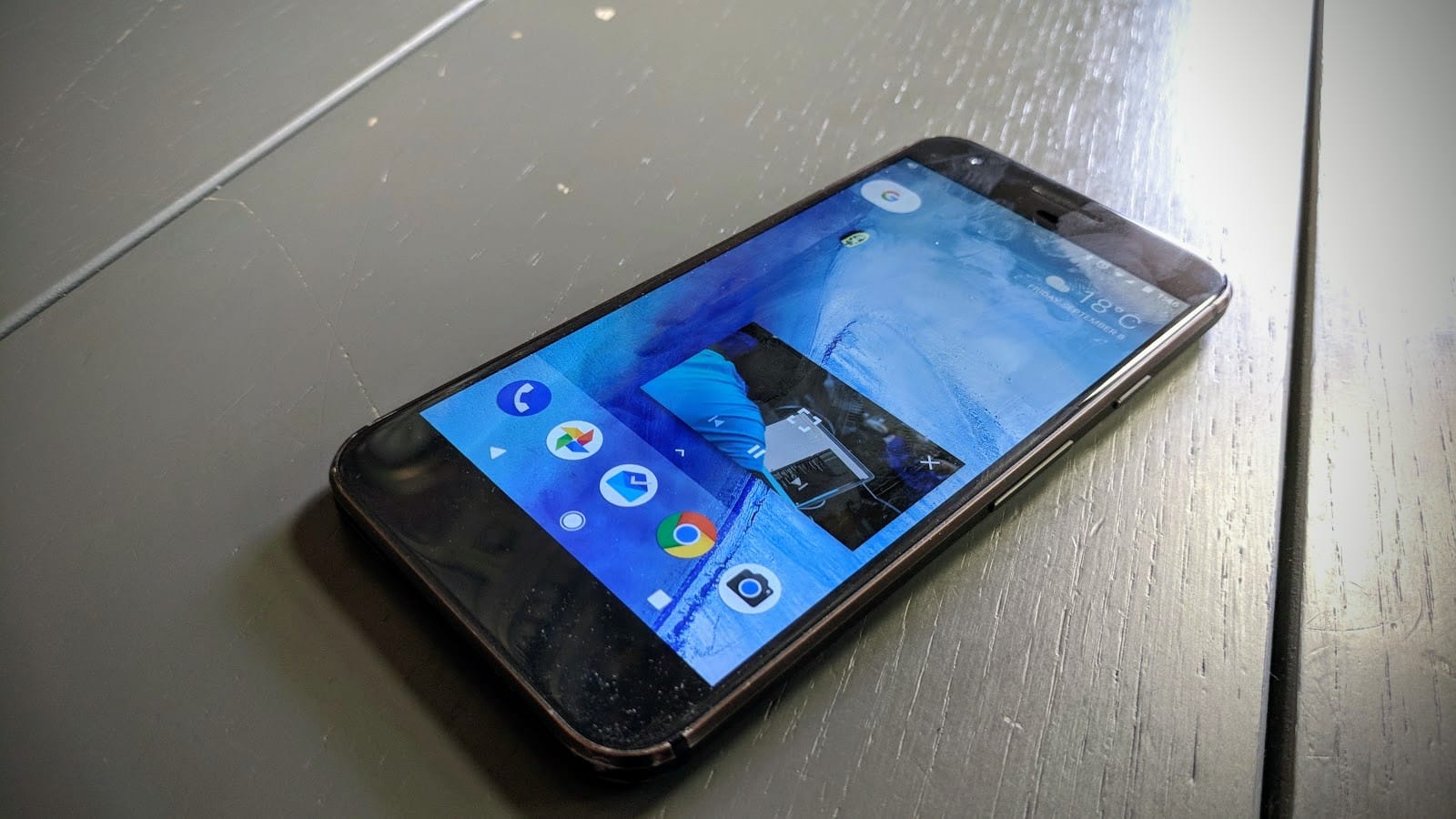 Once you have done watching, move the Player to the bottom of the display, and it will close.

After figuring out the way to launch Picture in Picture on Android in your favorite app, you will see a window with your video or other content on the bottom right of your display. To look at the controls, click the window.

In some cases, the button such as Play, Rewind, Fast Forward, and Maximize/Fullscreen brings you back to the app in fullscreen. The Fast-Forward button will move to the next song in the queue for playlists, while some videos have an exit and full-screen button.
You can drag the PiP window anywhere on the screen or pull it to the bottom to dismiss it. You can also play audio in the background with the headphone shortcut in other apps, including YouTube.