Picture in Picture will provide you two windows to watch videos and complete tasks. So, the PiP window makes it possible to open and play videos on the same screen. PiP feature supports Adobe Premiere Pro, Vizio, tvOS LED TV, iPad, and VLC for Android. Don’t get rattled or confused if this information is new for you. Hold on and keep reading as we provide you the guidelines and steps to add Picture in Picture for various platforms.

Part 1: What is a Picture in Picture (PIP) effect?

Picture in Picture (PIP) is a video effect on the screen that helps place several complete images simultaneously. In short, the Picture in Picture effect allows more than one complete set of video footage to display simultaneously on the screen. The PiP effect will let you place a video clip in a small window or frame on top of another to make it easy to play together. It means that you can simultaneously play two or more videos, one on the main screen and another will be inside the main screen.

Part 2: How to create Picture in Picture Adobe Premiere Pro?

Start the program of Adobe Premiere Pro. Import the videos that you want.

Create a new sequence as you want. Drag and drop one of the videos on the timeline. 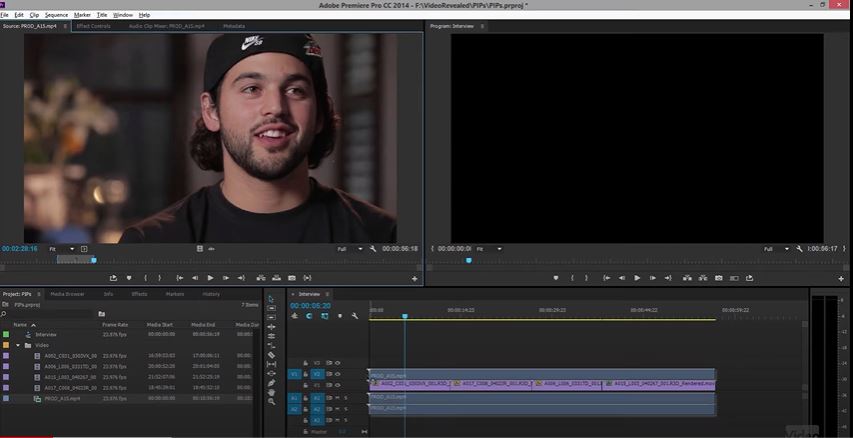 Step 3: Drag and Drop another Video

On the timeline, you need to drag and drop another video. Place it such that it needs to be above the other video.

Step 4: Reduce Scale
Next, you can click the second video and reduce its scale. 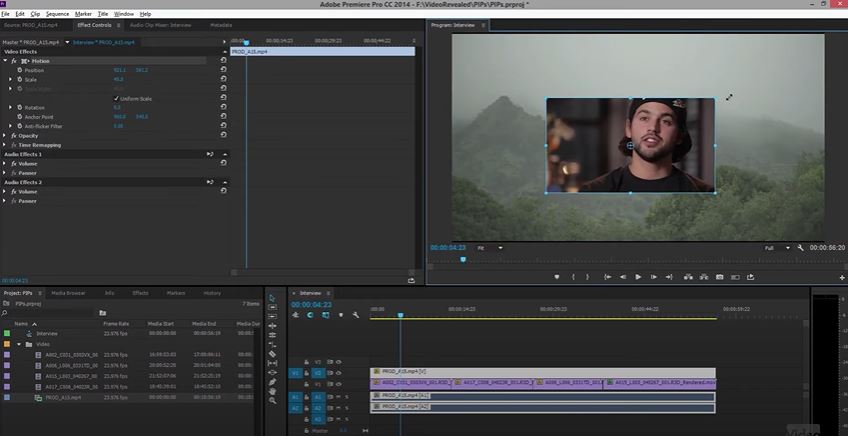 Another option can be for it. Go to motion settings in the effects controls. 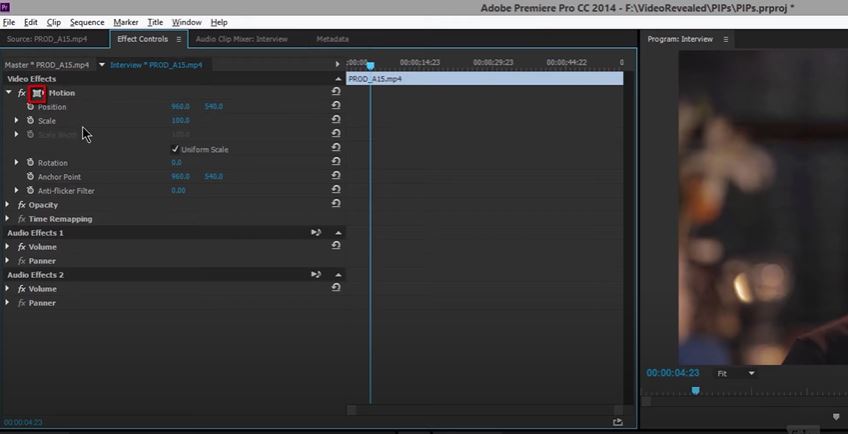 Lastly, make the changes as you need the shape of the inset frame, its blending mode, or add a drop shadow to make it cool.

Part 3: How to view Vizio Picture in Picture?

While watching your favorite drama on your cable TV, are you also wishing to keep up with local news coverage to get updates? In that case, you can use the PIP, Picture-in-Picture mode for operating two different channels simultaneously on your Vizio LCD TV. One channel will display on the main screen, and another one in a smaller sub-screen will appear on top of the main screen.

For activating the Picture-in-Picture on Vizio, you need to follow the below steps:

Press the PIP/A button on the remote to active PIP.

To fix the channel to watch in the sub-screen, select it and then press the P.CH/D on the remote.

Press the P.Size/B button repeatedly for cycling through small, medium, and large to change the size of the sub-screen window.

On the remote, press the Audio/FF while in PIP mode so that you can switch audio from the sub-screen to its main screen.

Now, lets see how you can view Vizio Picture in Picture:

Turn on your Vizio LCD TV first and on the main screen, select the channel you want to watch.

Step 2: Go to Rating Enable to turn it off

On the remote, press the Menu button. From there, select Parental Controls. Go to Rating Enable. Make sure it is off. If not, turn it off, then press OK.

Press the Menu button again and go to the Picture menu for appearing on the TV screen. To navigate to the Setup Menu, you need to press the up or down menu on the remote. After that, press OK. The picture-in-picture option will present in front of you with the labeled PIP.

Step 4: Process for second channel input
Press OK on the remote to select the sub-menu of Picture-In-Picture. For the second channel on the sub-screen you wish to watch, select the input source. Input sources like the process: TV, Component 1 and HDMI 1. After that, press OK.
Step 5: Select the size of window
You can click on Small, Medium, or Large for selecting the size of the PIP window, then press OK.

For selecting the screen that you want the audio source to be, click Main Screen or Sub-Screen and then press OK.

Part 3: How to start tvOS Picture in Picture/iPad?

tvOs 14 is Apple TV’s updated Picture in Picture feature that will help you send what you’re watching into a corner of the screen. To start tvOS picture in picture, follow the mentioned steps:

Open your Apple TV app. Then find an Apple TV show or any movie and play it.

After starting, touch the surface on the Siri remote and see the timeline appear showing how far you are through your show.

Above the center of that timeline, there’s will be Picture in Picture icon. Swipe up to highlight and click with the Siri remote.

The iPad Pro Picture in Picture is available in all models, including iPad for 5th generation and later versions, iPad Air 2 and later, and iPad mini 4, and later. Let’s see how to enter iPad Picture-in-Picture mode.

Tap the video you’re now watching. Then, in one of the corners of the video’s window, tap the Picture-in-Picture button. While the video is playing, Picture in Picture mode will automatically launch if you leave a PiP-enabled app.

Part 4: How to create Picture in Picture VLC?

To use the Picture in Picture VLC, the steps mentioned below will help you much.

Step 1: Open VLC
Open the VLC application on your computer.
Step 2: Go to Pop-Up Player
Open up a video and tap on the screen. Then click on the options button, tap on Pop-Up Player, and now the video will play in PiP mode. 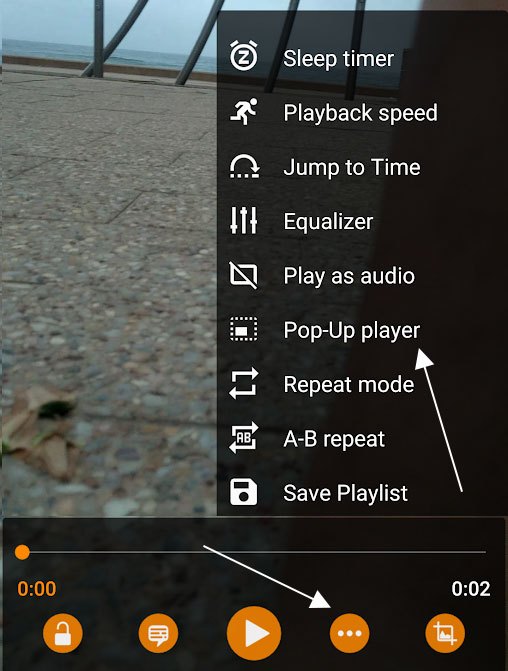 VLCs player will be in the background, and whenever you press the Home button, your home screen will appear with the video still playing.